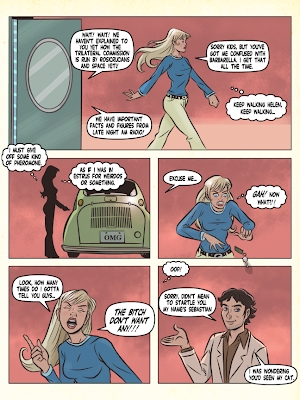 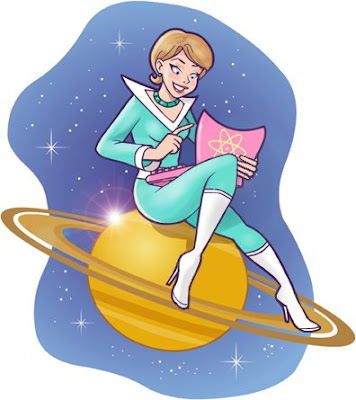 Steve Hogan is one of my favorite comic artists but for as long as I've known him his strip has been under constant pressure from commercial work. There are few people I wish would come into some kind of fortune, but Steve is one of them. Typically, it took about a month for this interview to return, but I knew it would because Steve happens to be one of those memorably good-hearted people who always try to help. The irony is that if he was aloof and indifferent he'd probably have more time to do his strip. Anyway, I really dig this guy, and even this short interview is revealing. (Top: Acid Keg's Helen in a mood; below, some of Steve's custom art.)


Q: What web comic do you think deserves wider attention, and why?

A: It's already gotten attention in the art comics scene, but Dash Shaw's

A: I recently bought a full bamboo tiki bar at the Chistmas Tree Shops for 200 bucks and it is the BOMB.